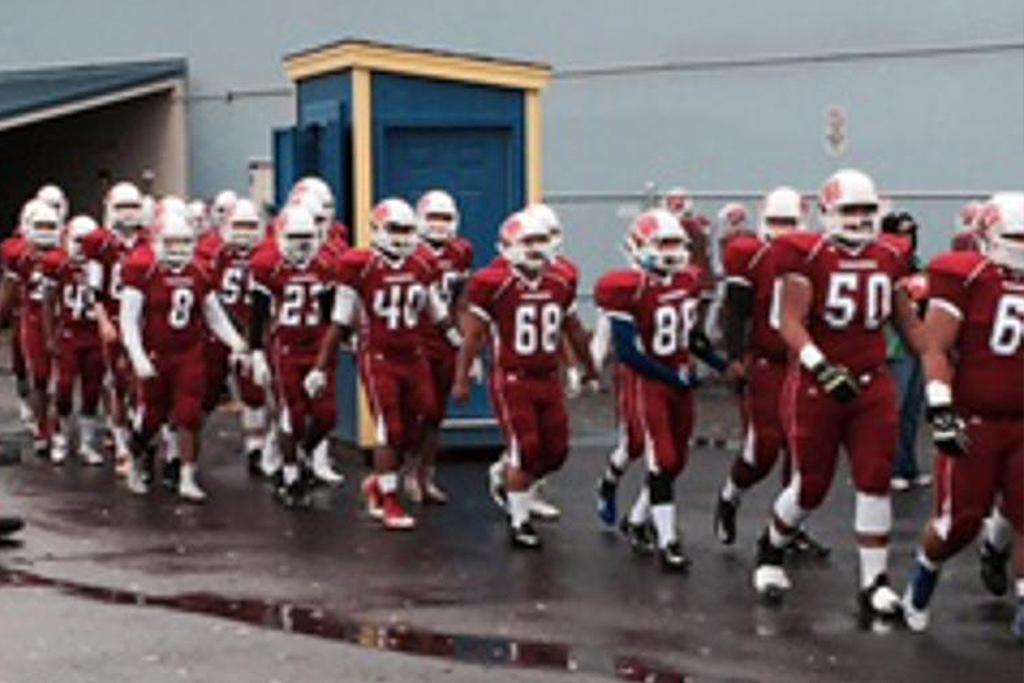 Head coach Jeff Trotter doubled his staff with the addition of five coaches, most notably Duncan Shackleford and Fred Sloan.

More coaches in practice led to more one-on-one instruction on the field and that extra attention improved every player’s football IQ.

“They know what and why,” Trotter told me. “They are not only knowing the plays but understanding what we’re trying to exploit when we are doing certain plays.”

Last week’s 40-33 win over Dimond was symbolic to just how tall the T-birds have grown this season. It was the most points they have scored this season, and it came at the most pivotal time.

“I tell you what, if we played Dimond three or four weeks ago we’d probably lose that game; we couldn’t keep up with them scoring wise,” Trotter said.

East’s win – coupled with Bartlett’s loss - clinched the Cook Inlet Conference championship for the T-birds and allowed them to host their first playoff game on campus Saturday against the West Valley Wolfpack of Fairbanks.

“We’ve been getting better every week,” Trotter said. “Honestly, this probably all started in November.”

That’s when the course of East football changed direction.

Trotter arrived in 2011 and led the T-birds to back-to-back playoff appearances. But then the team fell on hard times and won just one game in each of the 2013 and 2014 seasons.

Shackleford came to East first as a teacher. He originally retired in 2013 as teacher and football coach after a 20-year career. But he couldn’t stay away long.

“My Activities Principal asked me if I was going to push him to coach,” Trotter said. “‘He’ll come around,’ I said. I’ve known Shack since 1993 and I knew he’d probably come back around [to coaching] once he got around the boys.”

Shackleford brings a Hall of Fame-worthy resume as a two-time First National Bowl winner with Dimond in 2000 and 2001. He also led Chugiak to the 2009 state championship game.

Sloan is a renowned defensive coordinator in Alaska and spent more than a decade with Dimond before coming to East.

They are among five new coaches added to the staff by Trotter.

“I think if you look at teams that have been really successful the last 5, 10 years, they all have been blessed with good coaches,” he said. “You can see the results. Everything is crisp. The kids always have eyes on them, which is huge.”

East changed its defensive scheme, going from a traditional 3-4 style to the 4-2-5 spread. The T-birds also added a Power Pistol Package on offense, which has opened up the running game.

Those changes took some time to implement, especially when dealing with a young team that features only five seniors on both sides of the ball.

But the wait was worth it.