Ranked No. 1: Falaniko leads the country with 23 rushing TDs

Bartlett running back ranks third nationally with 1,364 yards, according to MaxPreps 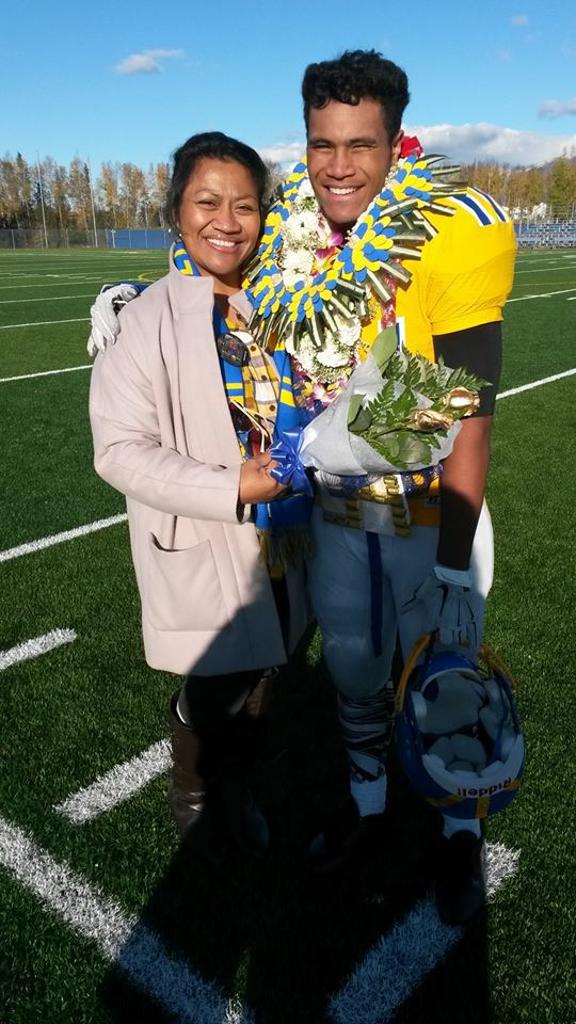 Bartlett’s Ethan Falaniko has rushed for 23 touchdowns in six games this year.

That’s more than any other high school football player in the country, according to MaxPreps.

Each time he crosses the goal line Falaniko feels like he is carrying the rest of the Golden Bears with him.

“I owe it to my teammates,” Falaniko told me of his success. “It’s not just me; it’s everybody. I can’t take all the credit.”

But he is the one carrying the ball.

The 5-foot-11, 220-pound bruiser has been the lead workhorse in a potent rushing attack for No. 1 ranked Bartlett.

With 1,364 yards, Falaniko ranks third nationally. The senior running back has carried the ball an average of 23 times per game.

How could you not give this kid the ball? He’s big, he’s strong and he’s hard to bring down.

He also has zero fumbles on 140 touches.

“I have learned my lesson before with fumbling and I try not to do it again,” he said.

He protects the ball at all costs because he doesn’t want to disappoint his teammates and coaches. But they remind him that he can’t shoulder that responsibility alone.

They score together, they mourn together.

“Play for me and I’ll play for you,” Falaniko said. “When we take the field we always sing that song ‘Lean on Me’ because that’s our mentality. That’s how we play the game.”

He has five brothers, including little bro Solo, who currently plays in the Bartlett backfield with him. His father is in the Army and respect is the name of the game in his household.

With each touchdown, Falaniko throws a kiss to the sky.

He answered questions with ‘yes sir’ and ‘no sir’ and spoke barely above a whisper. He has a 4.17 GPA and genuinely got more excited talking about study hall than his celebrity.

He doesn’t care for the limelight or crave attention.

He didn’t even know he led the nation in TDs until someone told him.

“It’s a blessing and I’m just thankful for the O-line and the whole team in general,” he said. “None of this would have been possible without them. I just thank God for those guys. I appreciate them very much.”