The remarkable rise of the Bartlett football team

This year they have started 4-1 and are ranked No. 1 among Alaska large schools. 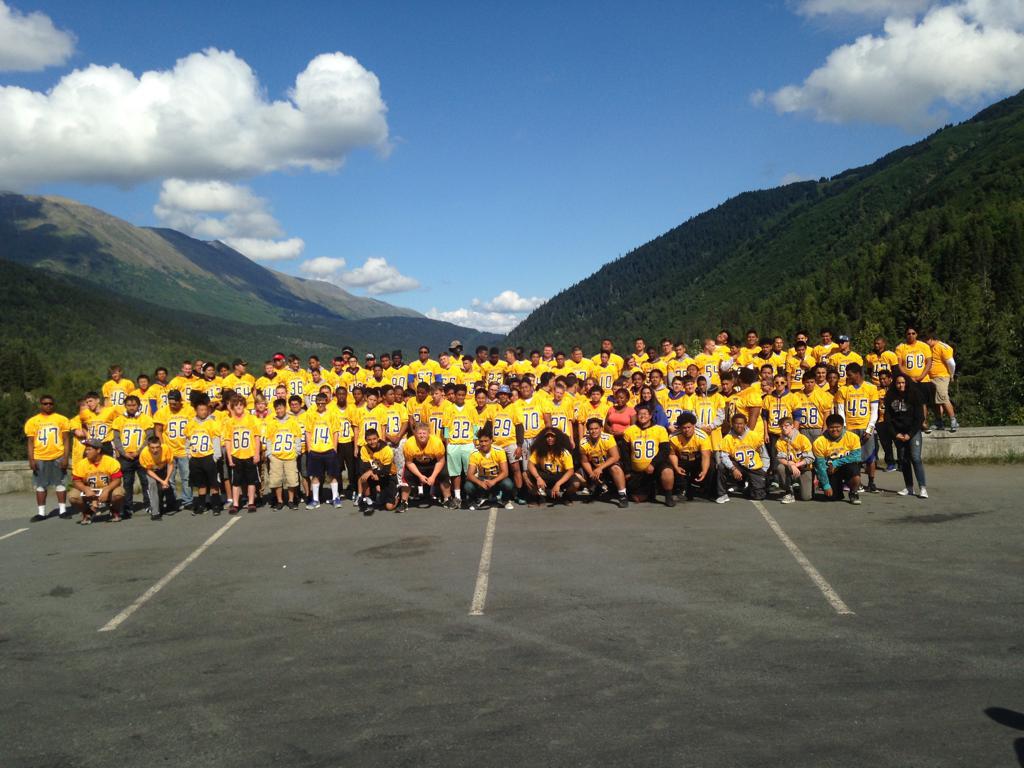 It was four years ago. The Bartlett football team was beleaguered, stuck in a long losing streak that looked like it would never end.

The Golden Bears needed a spark. They had it on C team, where a bunch of fabulous freshmen were undefeated. However, first-year coach Daniel Esparza didn’t call them up to varsity.

Bartlett’s losing streak reached 14 games the next season. Those freshmen were now sophomores on the JV team, which was undefeated. Yet again Esparza opted to wait.

That patience paid off eventually as those players matured into monsters, lifting four-time state champion Bartlett back to prominence.

The Golden Bears won their final three games in 2013. Last year they went 7-3 and made the state playoffs for the first time in five years. This year they have started 4-1 and are ranked No. 1 among Alaska large schools.

There are many factors involved with the role reversal, most notably how the Golden Bears built their success from the ground up like the foundation of a house.

The architect is John Jessen.

Jessen coached the Golden Bears for 16 years and won a school-record 80 games before stepping down in 2011. He later returned to work behind the scenes and eventually took on co-coaching duties on the varsity with his former player, Esparza, a 2004 Bartlett graduate.

Together, they led the Golden Bears to 14 wins in their last 18 games.

“It’s been really fun,” Esparza said. “Our kids have bought into everything we’ve asked them to do. This group of seniors was our first group we kept down on the freshman team four years ago when we were getting our tails whipped on varsity,”

They’ve gone from being the welcome mat to stepping on opponents.

“It’s been building over the last couple of years,” said Esparza. “Coach J is our school’s all-time winningest coach and he coaches the freshman. I don’t know of any head football coach in America, myself included, that would volunteer to go down and do that.

“That’s where it all begins.”

Jessen is a master motivator and can recruit a kid to play football by just talking with him. They take all comers.

“Any boy with a pulse,” Esparza said with a laugh. “We don’t look for the big kid or the kid that was Pop Warner All-American. We look for character traits like commitment, work ethic. We have found that those kids make the best football players.”

Subsequently, Bartlett’s freshman numbers have exploded over the last four years; in fact, 61 of 147 players in the program are freshmen.

Esparza estimated half of his players had never played football before high school.

“It’s neat because with football kind of losing steam nationwide, at our school it’s alive and well,” he said. “We get them in, we develop them; they lift weights and drink milk and they get after it.”

“I don’t think it’s the offense as much as it’s the kids. We have really unselfish kids,” Esparza said. “We are blessed. We have super talented kids and they have worked their butts off.”