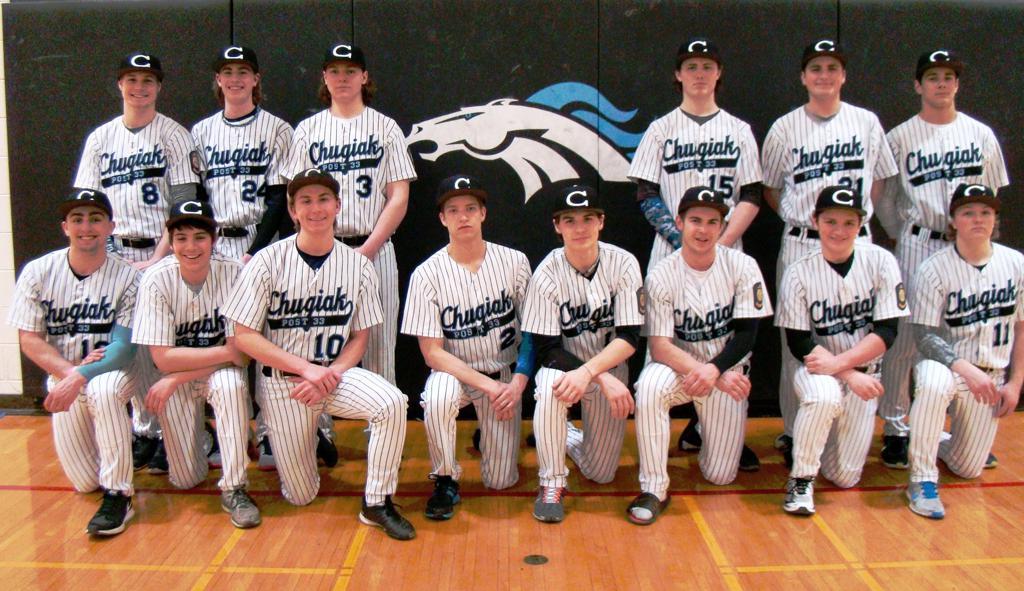 Using the oldest recipe in baseball, the Chugiak Mustangs mixed brilliant pitching and perfect defense to create a masterpiece that allowed them to eat up the competition.

Jimmy Lanier pitched his team’s second shutout in three days with a 3-hitter in Saturday’s championship game to highlight a 5-0 victory over South Anchorage in the ASAA state baseball tournament at Mulcahy Stadium.

Chugiak outscored opponents 26-5 in the tournament and in the title game dominated a South squad that has built a reputation as a perennial powerhouse with three straight appearances in the state championship game.

“It was our year,” Zach Brueggemann told me. “This is a team of destiny. We’re the hardest-working team out there. It’s so nice to have it pay off in the end.”

Lanier carried a no-hitter into the sixth inning before South leadoff hitter Lian Lincoln broke it up with a single. The senior pitcher struck out two and walked three, including the first two batters of the game.

Lanier is a notoriously slow starter and he found immediate trouble in the first inning after issuing base on balls to Lincoln and Jonny Homza. That brought up CIC Co-MVP Willy Homza, who ripped the ball to right field. The laser liner initially gave Brueggemann trouble before he made a diving catch.

“I was just so happy I caught the ball because it was a shot off the bat,” Brueggemann said. “I didn’t want to get burned so I was kind of hesitant and I made that catch look a lot harder than it was.”

Lanier was lights out the rest of the way.

“You gotta let him settle in,” Chugiak head coach Doug Henie told me. “Once he gets through that first inning he goes after people.”

Chugiak [15-4] scored four runs in the third inning with multiple players doing their job, whether it was a base hit, a sacrifice bunt or stolen base.

Charlie Bucolo’s RBI single scored Jake Kindred for the first run. Then Sam Hanson singled and Brueggemann walked to load the bases. A wild pitch scored one run and an overthrow to third base by pitcher Parker Johnson allowed another run to score. A run-scoring double by Matthew Hess made it 4-0.

Chugiak won all three games against South this year.

The third victory was the most important, giving the Mustangs their first state championship in high school baseball. They made the finals in 2004 and 2009 – and the Chugiak Post 33 team has won 7 American Legion state titles – but this was the first title for a proud program steeped in tradition.

Chugiak all week made it clear it was the most complete team.

The Mustangs pitched two shutouts [Lanier, Hanson], compiled a tournament-high 19 stolen bases, batted .284 as a team and did not commit an error in 21 innings.

“We’re always talking about playing clean baseball, doing what you can do, don’t try to do too much, and we got decent speed throughout the lineup,” Henie said. “That’s what we’ve been doing all year.”

^ Juneau-Douglas assistant coach Chad Bentz is one of only three Alaskans to play Major League Baseball. The left-handed pitcher played for the Montreal Expos and Florida Marlins. He played in 40 MLB games, the most by an Alaskan, and has our state’s only base hit.