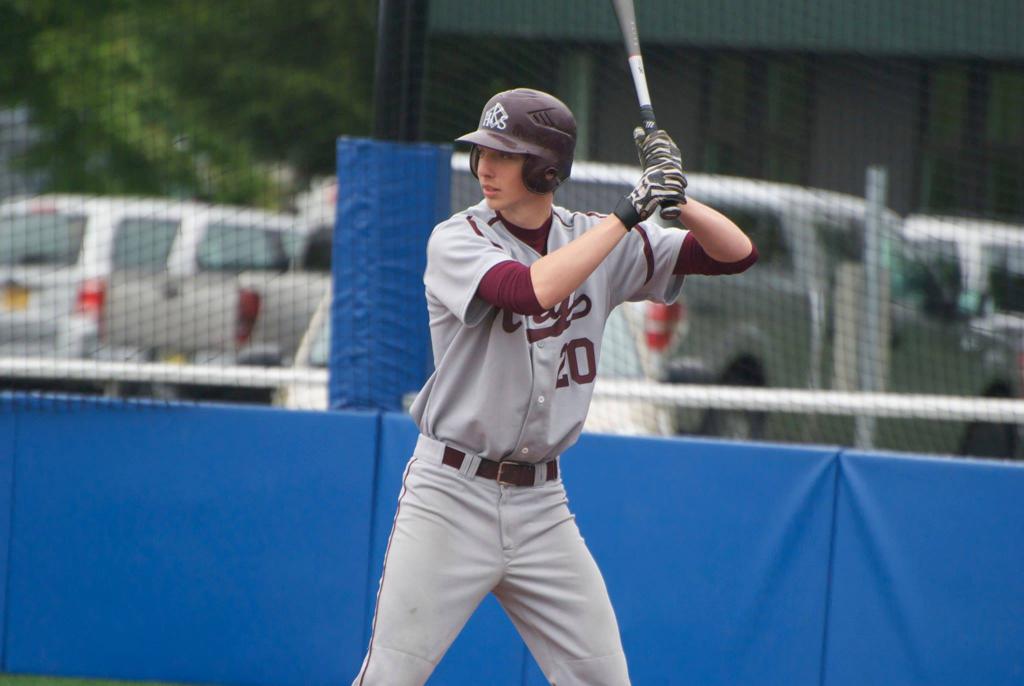 Ketchikan’s Nathan Bonck is the kind of baseball player that can beat you with his bat, his glove and his arm.

He is 6-foot-5, athletic and left handed.

He’s also the Gatorade Alaska Player of the Year.

“He is just one of those natural baseball players,” Ketchikan coach Andy Berntson told me. “There isn’t a part of the game he doesn’t work on or excel at. He’s solid with the boys and they all look up to him.”

Bonck hopes to lead the Kings to their first state championship and continue the Southeast Conference’s domination since the ASAA state tournament began in 2000.

During that time Southeast teams have won 9 of 15 titles.

The state tournament begins Thursday in Anchorage with four games at Mulcahy Stadium. Here’s a look at Day 1:

Bonck is next in a long line of great players to come out of Southeast Alaska, a powerful hitter and shutdown pitcher with college-ready skills.

The junior all-star is hitting .507 and leads the state with 6 home runs and 34 RBIs in 21 games. There is a video clip online that shows one of his majestic bombs, no-doubter to center field. It’s impressive.

He is just as impressive in the field and is known for showing much glove love.

“He’s an exceptional outfielder and an excellent target at first base,” Berntson said. “He can dunk two hands no problem so he can go up and get it 10, 11 feet, so that certainly helps.”

Here’s the inside pitch on all eight state qualifiers:

Hitting: Outfielder Zach Brueggemann [.320, 8 XBH] and third baseman Zach Bohrer [.390, 8 RBI] are top hitters. “On any given day it can be one of nine guys,” Henie said. “Our starting nine guys have very similar batting averages and can put the bat on the ball. Every game somebody different came up big for us.”

Pitching: Brueggemann [2-0, 0.69 ERA] and Sam Hanson [2-0, 1.80 ERA] lead a balanced staff. “I have four pitchers that I feel comfortable with putting them on the mound for a championship game, “Henie said. “All four guys know how to pitch and on any given day they can be lights out.”

History: This is the first state berth for Chugiak in six years. Mustangs have twice advanced to the title game, once in 2004 [lost to Kodiak] and again in 2009 [lost to Dimond].

Coach’s Quote: “This year we have really been stressing the manufacture of runs and putting pressure on other teams,” Henie said. “We try to win an inning at a time and play some defense.”

Offense: Just a freshman, catcher Michael Ceaser leads the team with 16 RBIs and is nicknamed ‘The Worker.’

Pitching: College-bound right-hander Nathan Klein has given up less than a run per start thanks to an array of pitches. He will attend Lewis & Clark College in the fall.

Coach’s Quote: “The key to winning the first game will be our mindset: Work harder, play smarter than your opponent,” Race said.

Pitching: Casey Hendricks [6-1, 2.23 ERA] couples with Bonck [5-0, 1.35 ERA] to provide a powerful 1-2 punch. “He’s just a kid that goes out there and throws a lot of strikes,” Berntson said of Henricks. “He really enjoys pitching. He’s a real solid kid who will give you a real good, competitive game.”

History: The Kings have qualified for state three out of the last four years and advanced to 2012 final [lost to Juneau-Douglas].

Coach’s Quote: “We have a lot of solid ballplayers and I think compared to other clubs, they are just as good,” Berntson said.

Offense: Frank Carlson [.362, 1, HR, 14 RBI] supplies the team’s power source. “We are going to make a statement with our bats by squaring up the ball and hitting it hard,” Carlson said.

Pitching: Jakob Arnold [5-0, 2 SV, 4 CG] has been the workhorse this year. In 44.2 innings his WHIP is 0.89. “I’m looking to make a good run with my teammates at the state tournament,” said Jake Arnold, who has signed with Flagler College.

History: This is the fourth appearance at state for Kodiak since 2010. The Bears won the 2004 state championship under manager Rick Langfitt.

Coach’s Quote: “This year we have focused a lot on defense,” James Arnold said. “We have three solid starters and six seniors start in the field.”

Offense: Shortstop Ben Hall [.591, 24 SB, .949 FLD] was the best player in the MAC this year. “He’s our leader on offense and defense,” Hollister said. “Ben was our most consistent source of production in all areas from the start of the season until now. He seems to make a highlight-caliber play at shortstop every game.”

Pitching: Michael Fitzpatrick [4-2, 3.53 ERA] isn’t overpowering but always gives Lathrop a chance to win. “He knows how to mix his pitches and pounds the zone,” Hollister said. “Our pitcher’s job is to throw strikes and let his defense make plays like they’ve done all year. We limit free bases and trust our defense.”

History: This is Lathrop’s seventh consecutive trip to the state tournament – the longest current streak. The Malemutes were fourth in 2014 and 2012.

Coach’s Quote: “We have to be the aggressor,” Hollister said. “We have to be willing to throw the first punch. When we stick to our approach and play together as a team, we are tough to beat.”

Pitching: Tommy Koloski [3-0, 2.72 ERA] and Jonny Homza [2-1, 1.87 ERA] have anchored the staff, and Alex Schlegal threw a 7-inning no-hitter against Eagle River. Still, Koloski is the ace. “He is the pitcher I would want on the mound in a must-win game,” Butcher said.

History: South has made it to state five years in a row. The Wolverines won state championships in 2011 and 2013.

Coach’s Quote: “We have players with state tournament experience, so we need their leadership to keep the players loose and calm,” Butcher said. “And, of course, you need to put your best pitcher out there. I have seen teams save their best pitcher for a game they never got to play. You have to have your best out on the field every game.”

Pitching: Sensational southpaw Nolan Monaghan [5-1, 1.47 ERA] has thrown two no-hitters this year. Two! “He is one of the captains for the team,” Terryberry said. “He does a good job of mixing up his pitches.” Monaghan has 62 Ks in 38 innings.

History: This is back-to-back appearances at state for Wasilla, which before that hadn’t been to the big dance since 2001, when the Warriors marched all the way to the final [lost to Service]. They were third last year.

Coach’s Quote: “We pride ourselves on playing error-free baseball in the field and having good pitching on the mound,” Terryberry said.

Offense: First baseman Trent Chiu [.388, 9 XBH] bats cleanup and loves to drive the ball in the gaps. “He hits the long ball for us,” Wade said. Chui brings a no-fear approach to the game. “I don’t think he looks at it like pressure,” Wade added.

History: This is West Valley’s sixth trip to the state tournament. The Wolfpack were third in 2011 and fourth in 2009.

Coach’s Quote: “We went to Kodiak and Ketchikan in the preseason – the kids swept parking lots and sold hamburger coupons to raise the money,” Wade said. “I think it helped us a lot in terms of understanding how they need to play to be competitive at the state level. It opened their eyes.”

Van Williams is a freelance writer in Anchorage and a correspondent for the Alaska Sports Activities Association.