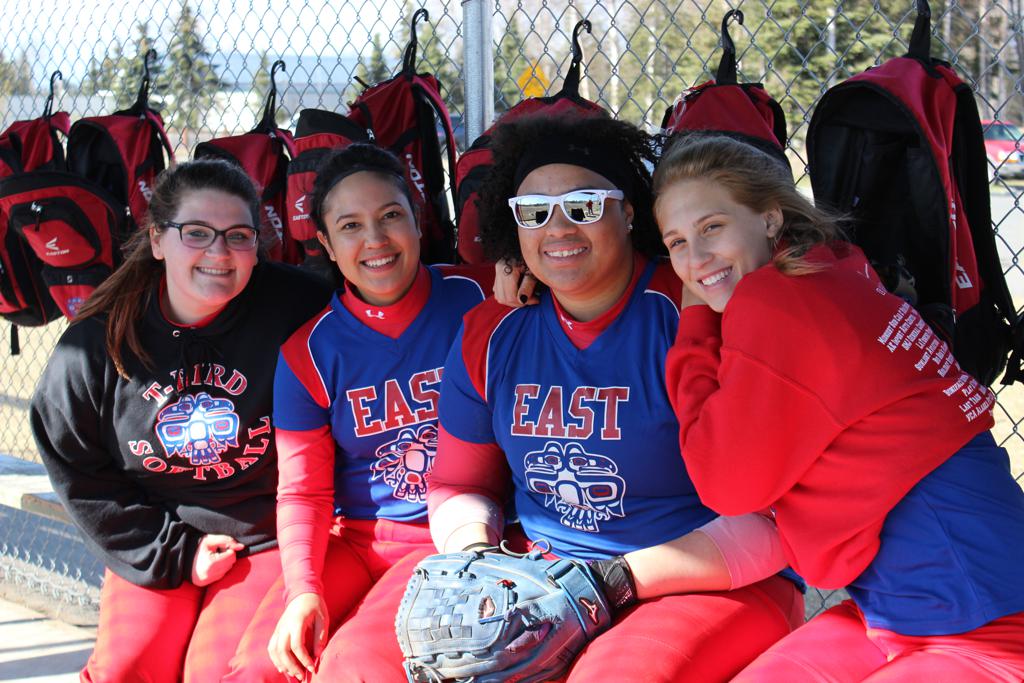 He expects his players to swing the bat because if you don’t swing you can’t score.

His pet peeve is when a batter takes a called third strike. So as a result, his players swing the bat and score a ton of runs.

They also win a ton of games. East is currently riding a 73-game winning streak and has won the last three ASAA Class state championships. The seniors are 92-1 for their career.

Neither the players nor the coaches like to talk about the state’s longest softball winning streak. The girls are superstitious and Schoenborn just doesn’t think about it.

“Honestly, it probably won’t hit me until we drop a game and the only way I see that happening is if we just don’t come out and play like we’re supposed to play and overlook somebody,” He said. “This game is goofy. Anybody can beat anybody.”

It’s just that nobody seems to beat East these days.

Together, Page, Hill and Joubert deliver more hits than Rihanna.

Page is a shortstop and the reigning Gatorade Alaska Player of the Year. She has already signed to play in college at Louisiana Tech University, a NCAA D1 program that also features Alaska’s Pauline Tufi.

Page, 18, is an all-fields hitter with unbelievable power.

“She hits the ball hard,” Schoenborn said. “They are pitching to her a lot this year, which is pretty amazing. If you pitch to her or don’t pitch to her, she’s going to get on base either way.”

That fact opposing pitchers are going right after the player of the year has surprised Page at times and she’s been caught off guard with off-speed pitches. She has adjusted, though, and now she’s even more dangerous.

To maximize her plate appearances, he moved Page up in the lineup to the No. 2 spot. It might be unconventional in terms of tradition, but it makes sense to get her as many at-bats as possible.

“She probably gets one or two extra at-bats every other game,” he said. “How many times does the game end with your power hitter still in the dugout or in the warm-up circle?

“If they’re going to pitch around her make them pay when she gets on base because she will run; she is aggressive. I want her on the bases with less than two outs so she has the opportunity to make something happen.”

Van Williams is a freelance writer and a correspondent for the Alaska School Activities Association.