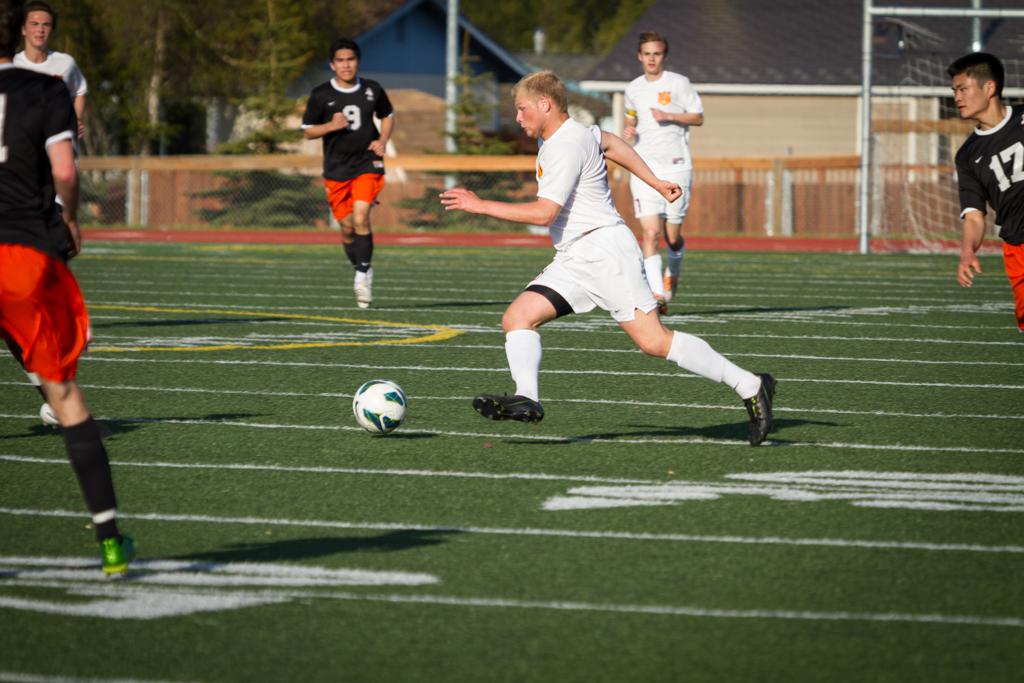 Jack Sedor fell in love with soccer in the family room. That’s where he played his biggest games against his father and older brother Michael.

“Since I have been at least 5 there have been three soccer balls in our family room at all times,” Sedor told me. “We kick around. We make teams. We make goals out of the cabinets. Every single piece of furniture in that family room has been broken at one point.”

“He would always make it tough, like an older brother should,” Sedor said.

Those games against his brother created his fearless, me-against-the-world mindset that defines who he is today. Sedor plays with controlled rage, a powerful force you can’t ignore.

“I’m an extremely competitive person,” he said. “I think anybody that knows me will tell you that.”

Dimond boys soccer coach Barat Killian told me he saw something special in Sedor when he was in eighth grade. Even then, he said, Sedor carried himself like veteran and stood out among players his age.

He made an immediate impact at Dimond from the first time he touched the pitch.

Dimond went on to win the State Cup behind the brothers and Michael was named 2012 Gatorade Alaska Player of the Year. Two years later, little brother won the same award and this year Sedor is again a finalist and the favorite to repeat.

The 18-year-old is a gifted offensive force capable of playing multiple positions because he is so well rounded.

“He can strike corner kicks with his left foot. Not many kids would take a corner kick with their weaker foot. There’s no hesitation,” Killian said. “He’s probably the most balanced when it comes to scoring goals and creating goals and assists or drop in midfield and play good position soccer.”

Sedor caught the attention of NCAA D1 Marshall University in West Virginia, a member of Conference USA. The Dimond senior has signed his letter and will be eligible to play this fall.

“It’s been my goal since middle school to play at a D1 school and make an impact,” Sedor said. “I had a couple options, but Marshall seemed like the one that would fit me best; the one where I could really make an impact as a freshman if I work hard.”

“Everything he has done has been purely motivated and driven by wanting to play D1 college soccer,” he said. “It was just a matter of where and when, and how he wants to do it.”

Coming from Alaska, though, it wasn’t easy for Sedor to get discovered. So he took the show on the road and made many trips to the Lower 48 for camps and tournaments.

“You really have to put yourself out there because there is no doubt we have the talent up here but I think it comes down to exposure,” he said. “The past three years I’ve been flying out to North Carolina, Oregon and California … they saw me in North Carolina.

“To be honest I didn’t know much about the school when I went there. I’d never close the door on an opportunity. I went there and just loved it. The coach had a lot of faith in me. They were willing to show how interested they were with a scholarship. What’s important to me is being on the same page as the coach and the philosophy of the school.”