The South Anchorage-Dimond volleyball rivalry has dominated the Cook Inlet Conference for years and now it’s taking center stage in the state tournament.

They have faced each other in the state championship match in each of the last four years, with each side winning twice, and they appear to be on a collision course again this year.

South and Dimond played just a couple days ago in the CIC championship match, with the Wolverines pulling out a five-set thriller after prevailing 15-12 in the deciding set.

South coach Judy Knecht was all smiles after the match, but it didn’t take long before her focus shifted to the state tournament facing Kodiak in the first round.

“The records are all forgotten,” Knecht told me. “Now it is up to each team to be the best that match.”

She wrote the book on winning. Knecht has led the defending state champion Wolverines to five titles since the school opened in 2005. Year in and year out, they are the team to beat.

“Everyone is gunning for us,” she said. “To upset South would be huge for any team and we know it. We know we have a huge target on our backs and we must work harder than anyone else to stay on top.”

Dimond knows a little something about knocking off the Wolverines.

The Lynx beat South in the 2012 and 2010 state championships and have taken the Wolverines to five sets in each of their last two meetings this year.

Dimond coach Kim Lauwers said the rivalry with South brings out the best in her players.

“We have to compete at a high level in order to compete, which in turn helps each player improve mentally and physically,” she told me. “I think many of the players know each other from club ball, which is nice, but I think the rivalry is with all sports for some reason. We bring out the best in each other.”

“The South/Dimond rivalry is awesome,” she said. “We don’t have to be playing each other to be pushed by Dimond. We know how hard they are working to beat us and need to not only match that dedication but pass it and work even harder.

“The nicest part is the mutual respect that the coaches and players have for each other. I hate to lose to Dimond, but when we do we know we have lost to a worthy opponent. The loss can fuel a renewed commitment to improve.”

The Mt. Edgecumbe Lady Braves are looking to continue an impressive streak of reaching the 3A state championship match.

They are making a drive for five.

Mt. Edgecumbe has made the state final for four straight years, winning championships in 2012 and 2011. The Braves are the No. 1 seed out of the Southeast Conference.

The 3A record for consecutive appearances in the state final is held by Cordova, which did it between 2002 and 2007.

Mt. Edgecumbe plays Nikiski in the Thursday’s first round.

It’s never easy getting out of the mighty Cook Inlet Conference, but the league was especially difficult because of how balanced the eight teams were this year.

Just look at the CIC tournament, where four of the final six matches went all five sets.

“Volleyball is a game of chess,” Knecht said. “The best 3-out-of-5 format allows for each team to adjust lines up for better matchups and take advantage of our strengths and their weaknesses.”

Lauwers said you could nothing for granted on any given night.

“We really couldn't have a bad match and expect to win,” she said. “No team could let up at all.”

That parity provided perfect conditions to prepare a team for the mental rollercoaster that is the state tournament. This year will feature a new-look bracket.

“I think in a double-elimination tournament that stamina is going to be a crucial factor in a team’s success,” Lauwers said. “It's a new tournament and every team here has had the same goal as we do. It doesn’t matter who you play, you should play them the same way.”

In addition to South and Dimond, East Anchorage also qualified for state out of the CIC.

The CIC has produced the 4A state champion every year since 2003. 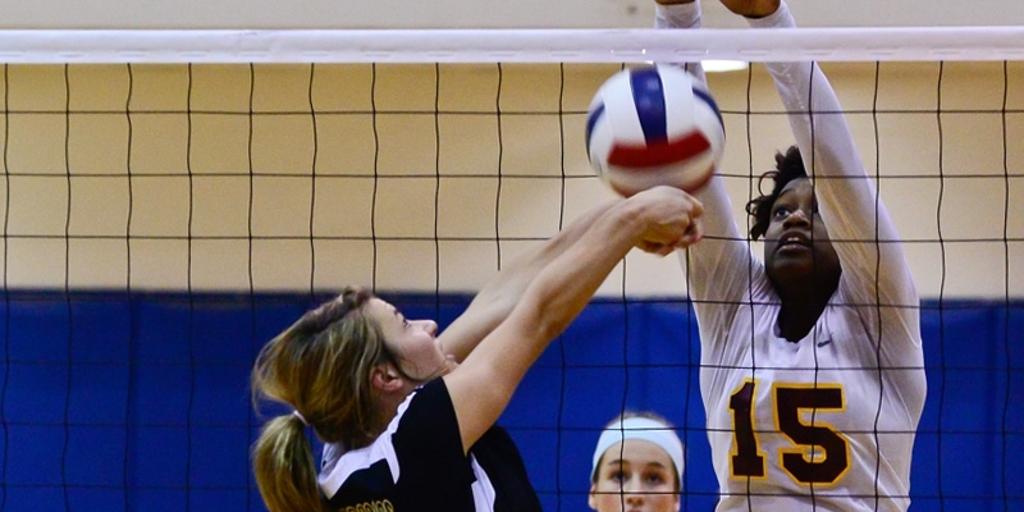